The Best Valentine’s Date There Is: You 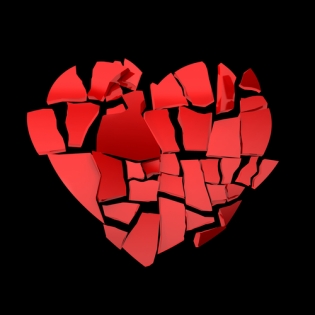 I was 19 years old when I kissed a girl for the first time. I was about ten when I hugged one. I was six when I told a girl “I love you”. I’ve never been in a serious relationship.

Yeah I know, boo-hoo me, right? I’ve been in this song-and-dance routine long enough to know how this game goes. Yes, I’m single. Valentines Day translates to me as “Single Awareness” day. You tell people your sad romance story, people go “aw” after your confession, and you go about your own way so you can sulk about. Right?

Well to be honest, I haven’t felt like that in a very long time, and its strange because growing up, that’s the only way that I’ve ever felt.

It all started back in high school. I was attracted to one of my pretty brunette friends that sat in my English class with me. This is the kind of girl that you need to take a snapshot of and save it on your phone. Her hair was long and silky, and spread down her back like a river over a waterfall. Her figure was fit and voluptuous, looking more like a sculpture than a human body. She had this perfumey aroma that was both sweet and addictive. Saying that she was beautiful didn’t do it justice. She was spellbinding.

But physical beauty isn’t enough to make a fitting partner: she needs to be beautiful on the inside as much as outside. And in regards to her, I didn’t know which was more beautiful.

We got along well. Very well. We shared the same taste in movies, books, and television shows, we had the same interests, we both went to Church, we both believed in the importance of family and spirituality, and most importantly, she believed in being happy.

So what happened? Well, despite our friendship, I wasn’t a sociable person back in high school. Quite contrarily, I was a creep. I’ve struggled socially speaking to people all my life, and it was even worse when it came to girls. When it came to my advances, she was instantly intimidated and swatted any of the notions out of the way.

I was devastated, and for my first few years in college I sought a filler for this empty spot that laid in my broken being. Long have I struggled to find the answer until one day it was just handed to me.

I was at lunch with a few of my fraternity brothers. We were all laughing, talking about hot girls we would hook up with and what teacher was the worst at his job. All laughing stopped, however, when I got a message from one of my brother’s girlfriends, saying that she was going to harm herself if he didn’t call her back.

I panicked and showed the message to my brothers. One of them called another friend to try and mediate the situation while another sent a message to her, saying he wanted to reach out. The message was long and endearing, but the part that hit me like a train was this:

“Your happiness can’t be dependent on another person. People can encourage you and be your companions along your journey. However the decision to be happy is up to you.”

I looked at this message long and hard, trying to understand the meaning of it and how I could apply it to my life. Finally, I stopped thinking about it and decided to start doing it: I was going to be happy.

It took a long time, and I’ve had some bumps in the way, but I’ve finally gotten to the point where I can be independently happy without someone else’s influence. Happiness doesn’t come in a relationship. It doesn’t come in a kiss, or a hug, or even in the words “I love you.” Happiness comes in a personal decision and mindset to being happy and being satisfied with who you are, even if you’re a flawed individual. Being in a relationship doesn’t add or lessen your happiness: it’s just an opportunity to share that happiness.

So to the single folks out there who are sulking about their situations, I implore you to think differently. Yes, you’re single. So what? There are thousands of other single people out in the world right now, and they’re in the exact same situation as you. I know that I’m the best valentine date there could ever be, and the best part about that is that its true for you as well.