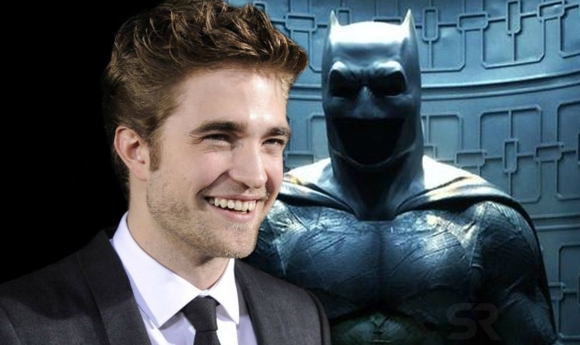 DC has a new caped crusader. And incidentally enough, he used to be a vampire.

Although its been rumored for several days now that Twilight actor Robert Pattinson was in the running to take over the role of Bruce Wayne in the upcoming Batman movie by War for the Planet of the Apes director Matt Reeves, it was confirmed by The Wrap earlier today that Pattinson has officially signed on to portray the dark knight in what is being described as a prequel to the character in Batman V. Superman. Pattinson will be the seventh person to portray Batman on film after Ben Affleck vacated from the role earlier this year.

To say that fans have a mixed feedback to Pattinson’s casting would be a severe understatement. Since Pattinson’s most well-known role prior to this announcement was as the hundred-year-old vampire Edward Cullen in the God-awful Twilight series, many fans understandably see him as his sullen, mopey, emo-like character in those movies. But that wouldn’t be a fair assessment to Pattinson’s talents – especially when you consider how much his career has moved beyond Twilight since then.

For instance, right after his first two Twilight films he portrayed Tyler Hawkins in Remember Me, a penanceful film about a troubled youth, his rocky relationship with his father, and a brewing romance with an art student from NYU. His follow-up drama Water For Elephants had him starring alongside some dramatic heavyweights such as Reese Witherspoon and Christoph Waltz, and he surprisingly held his own alongside them. And just after wrapping up the Twilight series he starred as billionaire Eric Packer in David Cronenberg’s Cosmopolis, and he was just as chilling and calculated as the real Bruce Wayne would be.

What I’m saying is that people are jumping the gun on this casting and definitely judging Pattinson way too soon. The guy has a lot of talent, and I’m personally very excited to see what he will do with the role.

Plus, Affleck’s performance as the Bat was actually one of the few good things about Batman V. Superman. If Affleck can do a good job, Pattinson has just as much a shot at doing the role justice as well.

What do you guys think? Are you excited that Robert Pattinson will be playing DC’s newest Batman, or do you wish Edward Cullen would just go back to the shadows? Comment below, let me know.