Several things were missing from the 91st Academy Awards. Surprisingly, one of those things was not an Oscars host.

Production was a train wreck before heading into the 91st Academy Awards. For one thing, there was no host scheduled for this year’s ceremony, marking the first time in three decades where the Academy Awards took place without a host. Then the Academy decided not to nominated Won’t You Be My Neighbor? for Best Documentary, which is the second dumbest snub the Academy has recently done next to not nominating The Lego Movie for Best Animated Feature. Perhaps the most foolish thing to have happened in the days leading up to the Oscars was deciding to award the Best Cinematography, Best Film Editing and Best Makeup awards during the commercials, only to promptly walk back that decision days later after severe backlash from the filmmaking community. As far as poor decision-making goes, the Academy Awards is second only to Bohemian Rhapsody’s production troubles – and that’s saying something.

Oddly enough though, the Oscars weren’t that awful this year. For one thing, the absence of a host did not bother me as much as I thought it would, as the telecast got to move on more quickly and I got to go to bed much sooner because of it. And also, the beginning of the telecast didn’t waste time with a long, unfunny opening monologue that we usually have to suffer through, but instead, we opened up on a headbanger with Adam Lambert and Queen performing a live tribute to Freddie Mercury. Can we open up all of our future Oscars shows like this? Pretty please?

But as per usual, the Oscars went on with their typical wins and snubs as they do every year. Some were a pleasant surprise to experience. Others weren’t. Let’s go through the rundown below and see how my predictions stacked up this year: 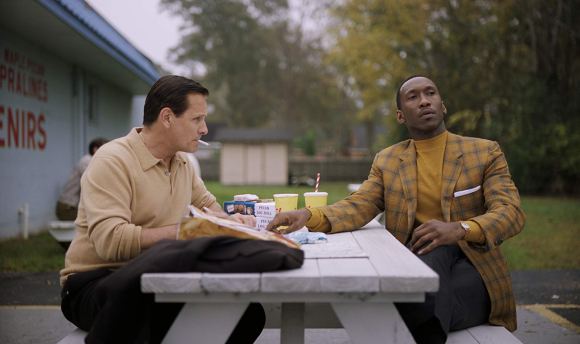 Best Picture: One of many surprises from the night, but certainly not the biggest. Green Book took home the highly-coveted award for Best Picture. I had believed that Roma or BlacKkKlansman merited better chances at winning the award, especially since both movies were also nominated for Best Director whereas Green Book wasn’t. Either way, I got this category wrong, but it isn’t the worst snub or upset from the night. Congratulations to the team who brought Tony Vallelonga and Don Shirley’s story to life of the big screen. Clearly this is one book that I need to check out.

Best Director: As expected, Alfonso Cuaron won the Academy Award for Best Director after winning the DGA award for Roma. This marks Cuaron’s fifth Oscar, as well as his second win for Best Director after 2013’s Gravity. I personally felt Spike Lee was more deserving of the award for BlacKkKlansman, but at this point it’s best to just let bygones be bygones. Congratulations to Cuaron for the win regardless. Now I’m just waiting for Guillermo Del Toro to win his inevitable second Best Directing Oscar for when his remake of Pinocchio comes out in 2021.

Best Actor: Rami Malek rocked the world, and the Oscar, with his performance as Freddie Mercury in Bohemian Rhapsody. His beautiful speech dedicating his success to the life of a gay immigrant rock star made everyone feel like champions.

Best Actress: Another unexpected win. After she was previously nominated six other times, I thought Best Actress was Glenn Close’s to lose for The Wife. Turns out she literally lost it as first-time nominee Olivia Coleman won for The Favourite instead. I certainly wasn’t expecting it, and I felt bad that Close had to lose the Oscar yet again. But at the same time, seeing Coleman bumbling up on the stage in shock was a joy to see, and it was nice to see an actress genuinely overwhelmed by them winning for a change. Congratulations to Coleman for her win. Here’s to hoping Close’s win will be around the corner very soon.

Best Supporting Actor: It’s always a pleasure to see Mahershala Ali up on-stage at the Oscars. It was great to see him up there a second time for his win for Best Supporting Actor in Green Book. Congratulations to him on his win. Still would’ve liked to have seen Michael B. Jordan up there being considered for Black Panther.

Best Supporting Actress: As expected, Regina King won Best Supporting Actress for If Beale Street Could Talk. Her tearful speech dedicating her success to her mother and to God was one of the best ways you could have opened up the ceremony. Congratulations to her and her well-deserved win.

Best Documentary Feature: Surprisingly, Free Solo beat out RBG for Best Documentary. This award also marked the first winner to be played off from the night, as the orchestra started playing as director Elizabeth Chai Vasarhelyi was mid-way through her speech. Sad, that the Academy won’t play off big-name actors like Rami Malek or Olivia Coleman, but they’ll play off smaller up-and-coming filmmakers trying to make a name for themselves. Either way, congratulations to the Free Solo crew for their win.

Best Adapted Screenplay: BlacKkKlansman won Best Adapted Screenplay, awarding Spike Lee with his first Oscar win after being snubbed for over 28 years. It was a joy seeing him hop on stage and getting giddy with the fact that the New York Knicks ended their 18-game losing streak that night. Clearly it was a great night for Spike, and it was wonderful to watch him experience it. 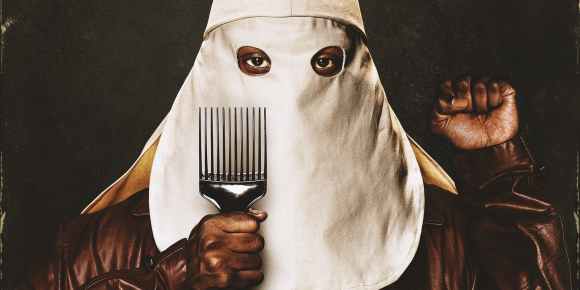 Best Film Editing: For some ball-brained reason, Bohemian Rhapsody beat out BlacKkKlansman, Green Book and Vice for Best Film Editing, despite having more jarring jump-cuts in it than a Transformers movie. I know more than a few passionate fans in the film community that will be visibly frustrated by this win. I’m personally taking a moment to just breathe, remembering that Lee Smith won for Dunkirk in the previous year despite that movie being more incomprehensible than Bohemian Rhapsody was. Clearly this award is not all that it’s cracked up to be. The Academy better be careful before they lose credibility with the film editing community.

Best Cinematography: Alfonso Cuaron won Best Cinematography for Roma. At this point, Cuaron is just taking Oscars like Meryl Streep in the acting categories. Don’t you dare give them any ideas for a collaboration.

Best Makeup and Hairstyling: As expected, Vice won Best Makeup and Hairstyling. It certainly didn’t win for best acceptance speech, as artists Greg Cannom, Kate Biscoe and Patricia Dehaney stumbled through their speeches more clumsily than Donald Trump has stumbled through his Presidency. This category was the only time I advocated for a winner being played off of the stage.

Best Costume Design: Ruth Carter won Best Costume Design for Black Panther, making her the first African-American to ever win the Award. Her costumes were among the best things to stand out in the movie, whether it was with the Dora Milaje’s exquisite battle armor or Black Panther and Killmonger’s vibranium suits. Big, big, big congratulations to her for her landmark win. It was among one of the most deserved awards from the night.

Best Production Design: YES. BLACK PANTHER WON BEST PRODUCTION DESIGN. I was worried for a while that The Favourite was going to snag it, but ultimately, the most deserving nominee won out. Congratulations to Hannah Beachler and Jay Hart for the win. They were very deserving in their world-building of Wakanda.

Best Original Song: Lady Gaga won Best Original Song for “Shallow” with A Star Is Born. How could she not after that incredible duet with Bradley Cooper? Their performance on-stage still sends shivers down my spine. What a moment.

Best Musical Score: Incredibly, Ludwig Goransson outdid the rest of the nominees with his incredible beats and cultural vibes to Black Panther. This marked a monumental occasion for the Academy Awards, as Goransson is not only the first composer to win for a superhero movie – he’s also only the second to be nominated, with the first being John Williams for 1978’s Superman.

In other words, Goransson outdid John-freakin’-Williams. I have nothing else to add to that. Congratulations to Goransson and Black Panther for their success. Hopefully their win paves the way for other future superhero movies with equally fantastic soundtracks.

Best Sound Editing: Bohemian Rhapsody won Best Sound Editing. Again, this award should have gone to A Quiet Place for its masterful use of sound and suspense in the motion picture. But it’s equally skillful to time Freddie Mercury’s voice over Rami Malek’s during the Live Aid concert recreation, I suppose.

Best Visual Effects: Unbelievable. Un-freaking-believable. After 10 years of being snubbed by the Oscars over and over and over and OVER again, the Academy just couldn’t give Avengers: Infinity War its fair due and decided to give it to the boring and uneventful Louis Armstrong biopic First Man instead. I wouldn’t be so frustrated by this snub if the competition was tight between Infinity War and First Man. But, I mean, come on… has the Academy voters even SEEN Infinity War?!?! 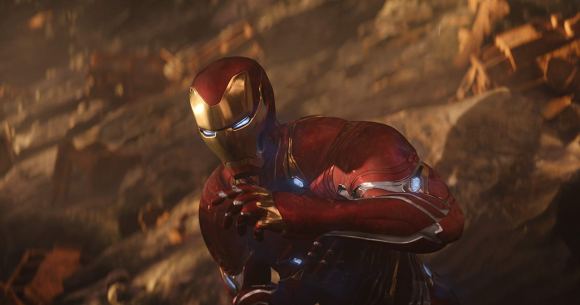 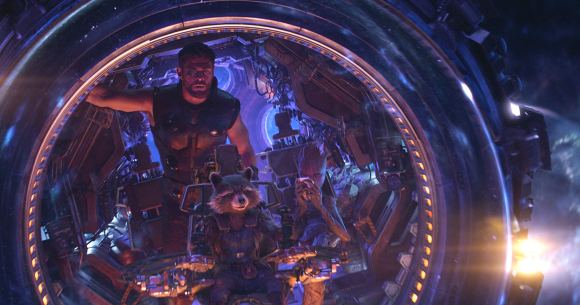 Whatever, I’m done. It’s clear at this point that a bunch of DC fans sits on the Academy voters board. That’s the only explanation I can give for DC’s Suicide Squad winning an Oscar whereas all 20 MCU movies have not won a single Oscar ONCE. At least now I know not to give my hopes up for when Avengers: Endgame comes out later this year.

Finally, the biggest surprise of the night: I’ve gotten all the short categories right this year. Bao won Best Animated Short, Period. End of Sentence. won Best Documentary Short and Skin won Best Live-Action Short. My predictions on those was all pure guesses. Clearly the Oscar statuette looked down favorably upon my ballot this year.

And that’s all for this year’s host-less Oscars, folks. Thank you for tuning in, and I’ll see you next year when a new host takes over. Hopefully they won’t drop out again at the last minute like this year’s did.