Well, at least they got the right envelope this year.

The 90th Academy Awards were held last night, and they were… uneventful, to say the least. The good news is Jimmy Kimmel was just as good at hosting as he was last year, and he peppered the ceremony with some of his much-needed humor to keep everyone chugging through the night. You’ve gotta admit, there’s quite some joy in seeing Ansel Elgort rushing into a Wrinkle In Time screening firing a hot dog launcher into the crowd, or seeing Guillermo Rodriguez waving Oscar flags around with The Shape of Water director Guillermo Del Toro (#GuillermoX2?)

Other times though, the night was mundanely routine. There weren’t a lot of surprising moments throughout the night, and nothing really eventful happened that seemed to set the 90th ceremony apart from other Oscar ceremonies.

Of course, there were your typical Oscar wins and snubs that happened this year, just like they do every other year. Most of them were ones you were already expecting. 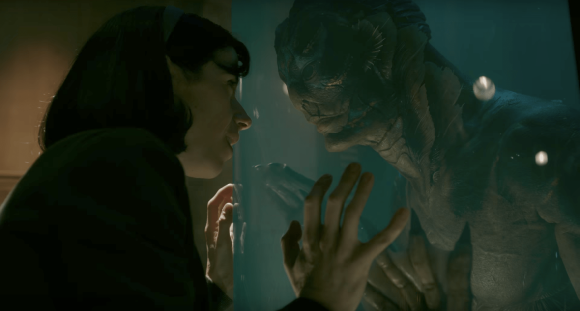 Best Picture: First of all, props to picking Faye Dunaway and Warren Beatty to present for Best Picture again. They needed to redeem themselves from the envelop flub that happened during their first time presenting last year. You can bet that they both double-checked the envelope after that embarrassing mix-up, and rightfully so.

Now then, Best Picture. I was originally uncertain which picture was going to take home the evening’s most coveted award, mostly due to the lopsided confusion the category has faced in previous years. I ended up predicting Three Billboards Outside Ebbing, Missouri over The Shape of Water for two reasons. One: The Best Director winner has not simultaneously won the Best Picture award from the past several ceremonies. In fact, only three ceremonies from this decade found the same picture winning both awards at the Oscars. With already knowing that Guillermo Del Toro was going to win Best Director for The Shape of Water (see below for my reasoning), I felt that set up The Shape of Water at an odd disadvantage. Clearly I was mistaken.

Not a single one of these science-fiction films has won Best Picture during the Oscar’s entire 90-year history. None of them, that is, except for The Shape of Water.

Quite a misstep, I must say. But it wouldn’t be the Academy’s first, and it definitely won’t be their last.

Best Director: Guillermo Del Toro unsurprisingly won Best Director, since he already won the DGA for The Shape of Water. I find him an incredibly gifted filmmaker, and am glad to see him win an Oscar in general (he deserved one back in 2007 when Pan’s Labyrinth wrongfully lost Best Foreign-Language film to The Lives of Others). Still, I stand by The Shape of Water’s mediocrity and its inability to connect with certain viewers. Del Toro’s acceptance speeches were literally the best things to come out of that absurdity of a movie.

Best Actor: Gary Oldman rightfully won for his performance as Winston Churchill in Darkest Hour. How is this only his second nomination? Nevermind, the Oscars are for recognizing outstanding talent (or at least, I think they’re supposed to), and Oldman is a talent that has went unrecognized for a long time. A very well-earned congratulations to him. The Prime Minister himself could not have been more proud.

Best Actress: Frances McDormand won her second Oscar for her role in the small-town drama Three Billboards Outside Ebbing, Missouri. It’s a very well-deserved win, even if it does overshadow Sally Hawkins’ talents in The Shape of Water. And with her speech paying tribute to her fellow female nominees as well as the importance of inclusion in Hollywood?

Ooph. Gentlemen, I think this goes without saying, but #TimesUp for us. I suggest you get out of the way before Mildred Hayes knees you in the scrotum.

Best Supporting Actor: Sam Rockwell won best supporting actor for his role as a racist cop in Three Billboards Outside Ebbing, Missouri. I’m still bitter that Bill Skarsgard wasn’t even nominated for his phenomenally creepy performance in the Stephen King thriller It. But whatever. Rockwell was the most worthy out of those nominated, and I was happy to see him enthralled at the announcement of his name. Congratulations to him regardless.

On another note, this is actually Rockwell’s first nomination in addition to his first win. Man, what are with the Oscars skipping over all of these phenomenal performers for so long?

Best Supporting Actress: Allison Janney won best supporting actress for her role as Tonya Harding’s mother in I, Tonya. Steer clear of this chick. Clearly, she is not one to mess with. 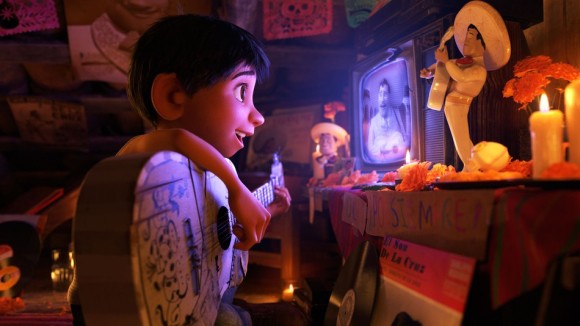 Best Animated Feature: Coco won, obviously. I was excited to hear Oscar Isaac shout out “Viva Latin America!” before announcing Coco as the winner. This is a moment that the Mexican-American culture has been working hard a long time for, and this was a moment that was well-earned.

Best Documentary Feature: The documentary on Russian athletic doping Icarus beat out Face Places for Best Documentary. At least the Russians didn’t meddle in this election process (or, as much as we know of, at least).

Best Original Screenplay: I was pleasantly surprised to find that I got this category wrong, as Jordan Peele beat out Martin McDonagh’s Three Billboards Outside Ebbing, Missouri with his film Get Out. Clearly, I underestimated the genius of his screenplay. Or rather, I underestimated the Academy’s capacity at appreciating his genius as much as his fans do.

Either way, I predicted this category wrong, and I couldn’t have been happier for it. Congratulations to Jordan Peele for his very-deserved first nomination and win. Tell me, Mr. Peele, have you decided on the name for the opposite of the “Sunken Place” yet?

Best Adapted Screenplay: Call Me By Your Name won Best Adapted Screenplay. It should have been Logan, but if you’re not going to fairly recognize the superhero genre, the next best choice is the LGBT crowd. Congrats to James Ivory for his hard-earned win, and here’s to hoping that Ryan Coogler is nominated (and wins) next year for Black Panther.

Best Film Editing: Dunkirk won. I’ve already explained why I felt Dunkirk’s editing was inferior to that of Baby Driver’s, but I’m not going to waste any more typing space over the subject. Congratulations to Lee Smith for the win regardless. At the very least, he made better filmmaking decisions than Christopher Nolan did. 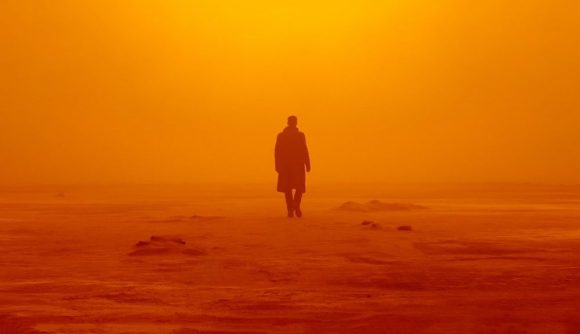 Best Cinematography: FINALLY. ROGER DEAKINS WON BEST CINEMATOGRAPHY FOR BLADE RUNNER 2049. Took him freggin’ long enough. The guy has literally been nominated for my entire lifespan, for movies including The Shawshank Redemption, Fargo, Kundun, O Brother, Where Art Tho?, The Man Who Wasn’t There, The Assassination of Jesse James, No Country For Old Men, The Reader, True Grit, Skyfall, Prisoners, Unbroken, and Sicario. He has never won once, until now. Congratulations, Mr. Deakins. Your Oscar is loooooooooooong overdue, but it’s better late than never.

Best Makeup and Hairstyling: Darkest Hour, obviously. Still wondering where It is, but in either case, congrats for putting the skinny English actor into the obtusely wide slacks of Winston Churchill. Now thanks to Kazuhiro Tsuji, actors will never have to put on weight for a role ever again!

Best Costume Design: Phantom Thread, the movie about costume design won best costume design. Fun fact: Mark Bridges won both best costume design and shortest acceptance speech at the Oscars, with his speech capping in at 37 seconds. That makes him one of the few double-winners for the night, making him the proud owner of another Oscar and a Jetski, courtesy of Jimmy Kimmel. Thanks, Jimmy!

Best Production Design: The Shape of Water. I still toss around in my head whether it was more deserving than Dunkirk or Beauty and the Beast was, but in either case, it did an outstanding job staying true to its wildly different sceneries regardless. I tip my hat to the set design by Shane Vieau and Jeff Melvin, which at the very least, was more pleasurable to look at than the film’s sex scenes were.

Best Musical Score: Again, Shape of Water wins. This is Alexandre Desplat’s second win, and the second time that he’s completely deserved the Academy Award for his creative and quirky soundtrack (although, to be completely honest, I could just give the award to John Williams for Star Wars every year and feel just as happy). Congratulations to Alexandre Desplat’s phenomenal composing. It’s one of the few awards that The Shape of Water was more than deserving in.

Best Original Song: Coco rightfully won for “Remember Me.” Great performance, but nothing is going to beat that moment in the film where Miguel quietly kneels down next to his grandmother in the shed and reminds her of her roots. Man, what a scene. 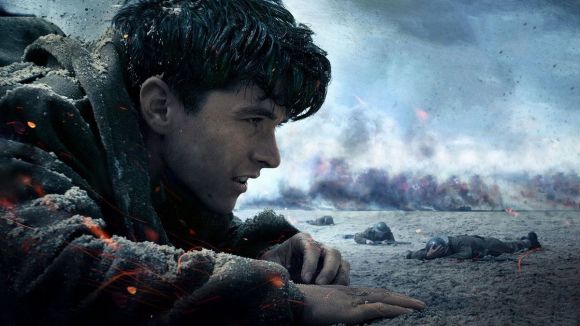 Best Visual Effects: Surprisingly, Blade Runner 2049 beat out War for the Planet of the Apes for Best Visual Effects. While I am disappointed that the Planet of the Apes team continues to go unrecognized despite several years of outstanding work, I do acknowledge that Blade Runner 2049 looked fantastic and sported some of the year’s most skilled visual work, from the pixelated holographic body of Ana de Armas to the digital recreation of Sean Young’s character Rachael. Congratulations to John Nelson, Gerd Nefzer, Paul Lambert, and Richard Hoover. You brought Blade Runner back to life again.

And now on to the short categories, which surprisingly, I got most of them right this year. The Silent Child won Best Live-Action Short, while Heaven Is A Traffic Jam on the 405 won Best Documentary Short. Perhaps most surprising was that the fact that Kobe Bryant’s Dear Basketball won Best Animated Short, now making him both an NBA Champion and an Oscar-winner. Personally, I’m just frustrated that Kobe Bryant now has more Oscars than Alfred Hitchcock does. But what can you do?

With that, I have accurately predicted 19 out of the 24 categories this year, an improvement from the shabby 14 I picked from the previous year. See you guys next year, where my luck will inevitably propel me to get all 24 of them wrong.