‘Peter Rabbit’ Is Being Boycotted Due To Food Allergies. Yes, Really.

I’ve covered a wide variety of films being boycotted for various different reasons. American Sniper for alleged Islamaphobia. Beauty and the Beast for a gay character. Black Panther for a predominately black cast. Wonder Woman because a woman was in the lead. A Dog’s Purpose for its alleged treatment of animals on-set. But now, we’ve gone to the next level for what people consider offensive in a film.

Peter Rabbit is being boycotted… because of fruit allergies. 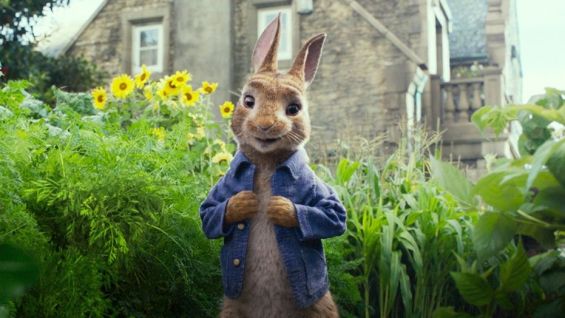 In what is surprisingly considered a “controversial” moment from the film, the character Mr. McGregor (played by Domhnall Gleeson) is being pelted by blackberries by Peter Rabbit (James Corden) and his akin animal crew. McGregor is allergic to blackberries. In order to ward off his animal attackers, he uses an Epi-Pen to defend himself from the blackberry onslaught.

I haven’t seen the movie yet, but just from detailing that scene in the one paragraph alone made me chuckle upon imagining the picture in my head. Concerned parents, however, find nothing funny about the scene. The hashtag #BoycottPeterRabbit was created as a result of the controversy, with parents complaining that the scene was short-sighted, insensitive, and trivializing a serious issue.

In a statement released earlier today, Sony Pictures apologized for the scene and clarified that it was not their intention to make light of allergies.

“Food allergies are a serious issue,” the statement reads. “Our film should not have made light of Peter Rabbit’s archnemesis, Mr. McGregor, being allergic to blackberries, even in a cartoonish, slapstick way. We sincerely regret not being more aware and sensitive to this issue, and we truly apologize.”

Personally, I don’t see what the big deal is. Slapstick is meant to be over-the-top and immature, and it usually plays to the weaknesses of the characters involved. Yes, that can include food allergies. For crying out loud, Kevin Hart’s character was allergic to cake in Jumanji: Welcome to the Jungle and freaking exploded from accidentally eating some. What, were people allergic to cake going to be traumatized by Kevin Hart’s cake-eating-explosion scene???

Overall I find this to be a very silly and absurd controversy that will blow over as the movie continues its theater run. But what do you guys think? Do you think the controversy is justified, or do you think it should stay buried in Mr. McGregor’s garden?