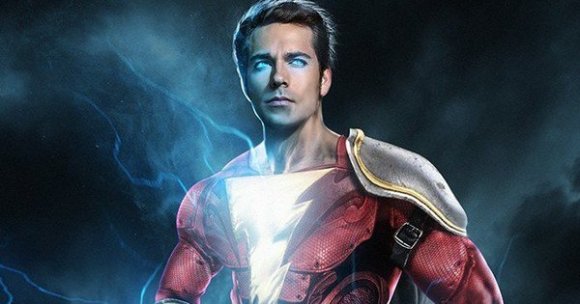 Zachary Levi is shazamming his way into theaters.

After a lengthy casting process where Warner Bros. auditioned several actors, “Chuck” and Thor actor Zachary Levi was announced this weekend as DC’s Shazam, starring in the titular role for his solo feature due after Jason Mamoa’s Aquaman in 2018. Levi took to Instagram to voice his excitement and to thank fans for their support.

“Honored and greatly humbled to be a part of the [DC Universe] by bringing the original Captain Marvel to life,” Levi wrote. “Now if you’ll excuse me, I’ll be in the gym for the rest of forever.”

This casting news has been long overdue. Former WWE wrestler Dwayne “The Rock” Johnson was cast as Shazam’s mortal enemy Black Adam way back in 2014. Three years later, Levi is finally cast in the central role. What happened? Did DC take a bathroom break while Zack Snyder was busy working on Justice League?

Regardless, this announcement is better late than never. While Johnson is reportedly starring in his own separate solo film as opposed to starring alongside Levi in Shazam, ultimately I feel this will give both actors a great chance to explore their characters and see how they further expand upon the DC Extended Universe. No word on who will star as Shazam’s 15-year-old alter ego Billy Batson yet. Presumably that news will break within the next few months and hopefully not years from now like Levi’s announcement was.

The film is being written by Henry Gayden (Earth To Echo) and Darren Lemke (Goosebumps, Turbo) and directed by David F. Sandberg (Lights Out). The film is scheduled for release in April 2019.