X-23 shreds her way back to the big screen

Wolverine’s claws are popping back out, except this time, it’ll be his daughter that is using them.

After the critical and financial success of Hugh Jackman’s last outing as Wolverine in Logan, director James Mangold confirmed that Laura, a.k.a. X-23 is set to be featured in an upcoming solo outing focusing on the character. In an interview with The Hollywood Reporter, Mangold said a script is reportedly in the works and the success of Patty Jenkins’ Wonder Woman served as inspiration to keep pursuing Laura’s story.

“That film only solidifies more for studios that there’s less to fear with a female protagonist,” Mangold said. “The more that keeps getting hit home, that ends up giving me more space turning around and going, ‘Well, here we are with a female protagonist. That’s incredible. And what are we going to do with her?’ And that’s where we are with that right now, dreaming.”

Lot to unpackage here, but let’s start with the implications of X-23 herself. Now I loved Logan. I feel it’s among the X-Men series’ best, and it’s definitely the best Wolverine film by far. However, due to the way Logan ends and what it means for the characters going forward, I feel that an X-23 film is not only unnecessary but also contradictory to Logan’s ending (see my piece published on MoviePilot for an in-depth explanation of why. Spoiler warnings ahead).

That being said, I am open to an X-23 movie, as no character’s story is truly over until the day they meet their maker. I’m hopeful for two things here. One, that Dafne Keen will reprise her role as X-23. It’s hard to say if the studio will do that or not, considering if they want to keep the character at her young age or wait until she’s older. Either way, she was a standout in Logan, and it would be exciting to see how she would handle the lead role in a solo outing. 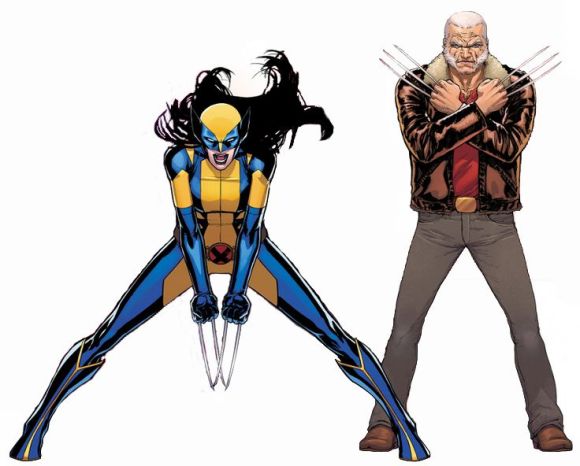 Second (and this is the most important part), GIVE HER THE FREAKING SUIT. The one disappointment with the X-Men franchise is that Hugh Jackman has never, not once, worn his iconic yellow and blue suit. There was a deleted scene that contained an Easter Egg in The Wolverine, and his Days of Future Past suit had yellow and blue tints in it. But no, neither of those actually count. Jackman never wore the yellow suit, and that is the one thing that fans such as myself have been pining for a long time.

As this is the case, Fox has a real opportunity to take Laura and give her the suit, paying homage to her father and his comic book appearance. If they don’t use this opportunity, I swear I will boycott every X-Men movie Fox puts out in the future. The New Mutants looks terrible anyway.

What do you guys think? Are you excited for an X-23 solo outing, or do you wish she would just live out a normal life out in Canada? Comment below, let me know.