After the astronomical success of Makoto Shinkai’s Your Name, director J.J. Abrams (Super 8, Star Wars: The Force Awakens) reserved the rights to adapt a live-action version of the animated film, bringing Arrival screenwriter Eric Heisserer on board to pen the screenplay. The film tells the story of two different individuals in Japan who inexorably switch bodies on opposite ends of the continent. Their journey to get back into their own bodies eventually leads them to meet each other, gaining a greater understanding of their shared experiences and how it’s led them both to grow as people.

This announcement comes after a year jam-packed with whitewashing controversies. First there was recasting Major, a Japanese cyborg, into Caucasian actress Scarlett Johansson for Ghost In The Shell. Then came recasting Light Yagami, the Japanese protagonist of Death Note, into Caucasian actor Nat Wolff for the Netflix adaptation. Deadpool actor Ed Skrein was almost slated to take over a Chinese character’s part in the Hellboy reboot, but Skrein graciously turned it down after learning of the character’s true ethnicity. With all of these controversies in mind, fans are reasonably concerned about the live-action version of Your Name and of Hollywood whitewashing more of their favorite characters. 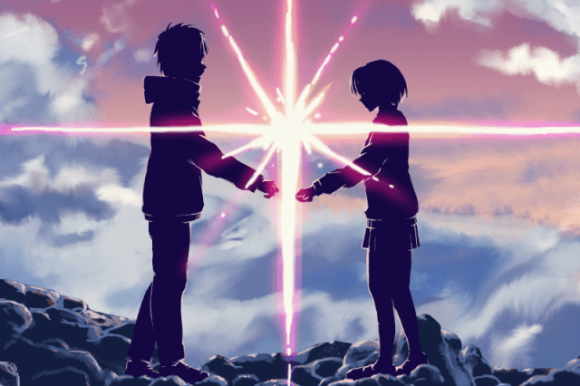 Hold on, take a deep breath for a moment, because I honestly don’t think this is as troublesome as it sounds. Remember that J.J. Abrams made one of the progressive moves of our time by casting actor John Boyega and newcomer Daisy Ridley as the leads for Star Wars: The Force Awakens. That was the first time in the series where both a woman and a black actor led the charge for Star Wars, and that helped catapult the film to its highest grossing release ever at $2 billion. With Abrams being aware of Hollywood’s cultural appropriation, I’m confident he will do the original justice by casting multicultural actors in the leads. If he doesn’t, then he’ll have to face the backlash of many passionate fans of the source material. I don’t know which is scarier: Darth Vader, or the PO’d anime fan.

What do you think? Are you looking forward to a live-action adaptation of Your Name, or would you wish that Hollywood could just leave the original alone? Comment below, let me know.