UPDATE 8/24: Warner Bros. just recently added another spinoff to Leto’s slate as the Joker. It will primarily focus on the Joker’s relationship with Harley Quinn and will also feature Suicide Squad co-star Margot Robbie. The film is being written and directed by Crazy, Stupid, Love filmmakers Glen Ficarra and John Requa.

Whoa, okay. I wasn’t expecting this much Joker news in one day. That’s kind awesome. 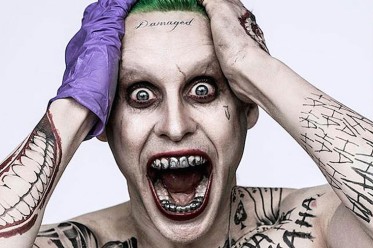 Hours after the announcement that Warner Bros. will be producing a standalone Joker movie, they followed up with more Joker news that is sure to both please and infuriate fans. Jared Leto will be reprising his role as the Joker from Suicide Squad in both the sequel and the Harley Quinn-centered spinoff, Gotham City Sirens. Reps have not confirmed whether Leto’s contract will extend past that to Ben Affleck’s solo Batman film or not.

I’m a little mixed with this development. I didn’t care for Leto that much in Suicide Squad and felt he was unnecessarily forced into the picture just so the marketing team could use him in their promotional material. With Leto, I didn’t get the sense that this guy had a sick sense of humor or was supposed to serve as a dark parody of a clown. He felt more like Scarface with some tattoos and makeup plastered on.

That being said, I blame writer-director David Ayer more for his portrayal than I do of Leto. His screenplay shoehorned the Joker awkwardly in there rather than giving him his own space to breathe and interact with the other characters, and I think it shortchanged him in the long run. With how little screen time he’s given as well as the sloppy editing of his scenes, I think Leto wasn’t given a lot to work with to truly stand out in Suicide Squad. I would be happy to see him given a second chance at the part in the sequel, although if it still doesn’t work DC may have to take the character back to the drawing board.

What do you guys think? Are you smiling to see Leto reprise the iconic villain, or do you wish he would laugh himself away from the part? Comment below, let me know.