Sad news this week in regards to Zack Snyder, writer-director behind the upcoming Justice League film. After experiencing a tragedy no family should ever have to go through, Snyder is taking leave from the project to spend time with his wife Deborah.

This news comes months after the suicide of Autumn, Snyder’s 20-year-old daughter. While Snyder will be away, Avengers director Joss Whedon will be stepping in to oversee reshoots and post-production. Producers are adamant, however, that Whedon is there to follow through with Snyder’s vision, not to bring in his own creative decisions.

“The directing is minimal and it has to adhere to the style and tone and the template that Zack set,” Warner Bros president Toby Emmerich said. “We’re not introducing any new characters. It’s the same characters in some new scenes. He’s handing a baton to Joss but the course has really been set by Zack.”

This is some genuinely depressing news. While Snyder’s films have been mostly divisive among DC fans (Watchmen, Man of Steel, Batman V. Superman), that shouldn’t matter when it comes to empathizing with another human being. My upmost thoughts and prayers go to the Snyder family during this difficult time.

Zack, I know you’re not reading this, but just in case you are, know from one fan to another that you did the impossible: you brought the Justice League together. Superman, Batman, Wonder Woman, and many others will all share presence on the big screen because you made that happen. 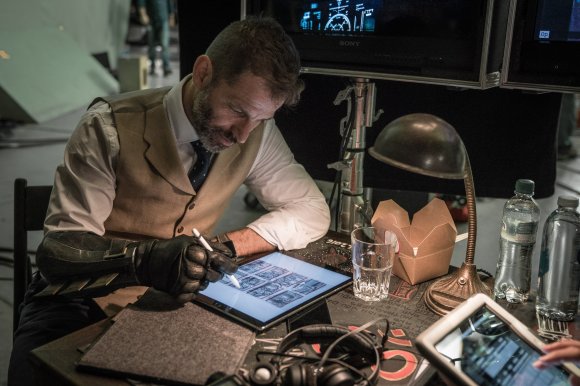 However Justice League turns out in November, thank you for making all of the fan’s dreams come true. We wish you a speedy recovery.