A White, Not Golden, Statuette 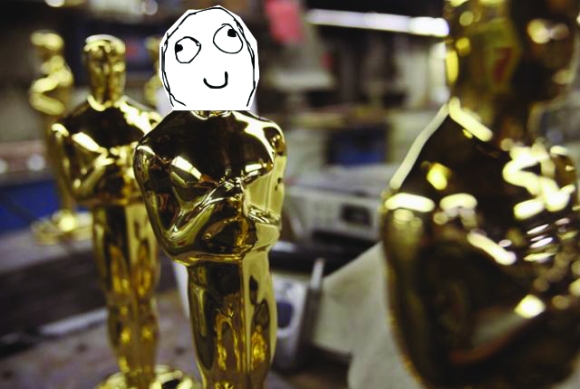 After the Academy named 20 white actors for the best acting categories, controversy erupted as movie lovers felt the Academy wasn’t being inclusive enough. The hastag #OscarsSoWhite was started. Filmmaker Spike Lee and actress Jada Pinkett Smith announced their plans to boycott the awards ceremony. Even the Academy’s own president Cheryl Boone Isaacs voiced her own disappointment, saying it’s “time for big changes.”

What these dissenters fail to realize is that the Academy is only a mirror to a whitewashed movie industry. It’s only recently that people have begun to open their eyes to see the bigger issue going on here.

Just look at some of the individual categories for the Oscars. Say, best director. From 1929 to 2015, 87 awards were given to filmmakers who aimed to fulfill their visions to the fullest capacity. Yet, out of all of these winners, only five Oscars were awarded to someone other than an older white male. They are Alejandro Gonzalez-Inarritu for Birdman, Alfonso Cuaron for Gravity, Kathryn Bigelow for The Hurt Locker, and Ang Lee for Brokeback Mountain and Life of Pi.

The nominations themselves are even more sparse than that. Out of the 400 plus best director nominees in Oscar history, only 17 were either female or of another ethnicity. Three of them are black. Another three are Asian. Only one of them is Indian. The fact that you can count those numbers is just plain sad.

This pattern of a white-emphasized nomination list is spread across every major category at the Academy Awards. Here’s a challenge for you: how many black Oscar winners can you name? How many Mexican? Asian? And the clincher: how many can you name that are white?

But it isn’t just the Academy Awards that’s lacking in diversity: it’s the industry itself. Repeat the same challenge above with all working actors in the industry to see my point. I look at this year’s nominations, wondering how the Oscars could have expand upon its nominations to be more inclusive. My honest answer is that they can’t. Not beyond nominating Sicario or Straight Outta Compton, at least. They’re picking nominees from a whitewashed industry, so it’s not unusual that their nominations resemble the same thing. If you stick your hand in a can of white paint, you don’t expect to pull it out and see purple, do you?

There are three things that need to be done in order to fix this. The first is to stop pointing fingers and accusing mass organizations of racism. It’s not the Academy’s fault that the industry is so messed up. They’re a by-product of a flawed industry, and accusing their individual members of prejudice is not going to help settle tensions at all. Secondly, the Academy needs to increase diversity in their own membership, which is something they’re already doing, according to the Hollywood Reporter. Third, executive movie studios need to increase representation on both their production teams and cast lists. That last one is going to be more difficult, considering the flawed Hollywood myth that diversity doesn’t sell. I point to the year’s biggest box office breaker, Star Wars: The Force Awakens, to dispose of that theory. A female protagonist, a British black actor, and a spherical robot took home over $1.8 billion dollars at the box office.

Hollywood needs to expand upon its representation in movies and television alike. Too much diversified talent fades away because they don’t get recognized, and in today’s age where diversity is growing, that’s a loss we cannot afford.  This is a white guy telling you I do not want a white Hollywood, and I especially do not want a white Oscar.