Winnie The Pooh Is Getting The Live Action Treatment 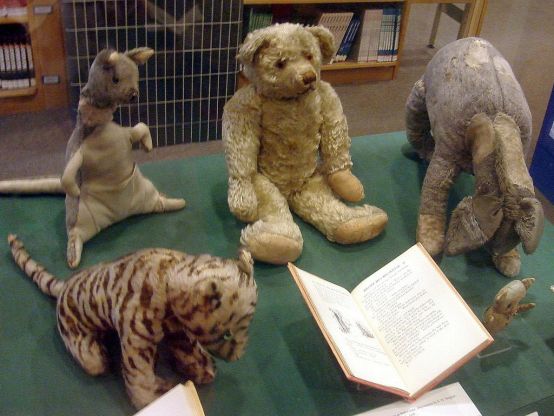 Disney is taking a trip back to the Hundred Acre Wood.

Deadline reported earlier today that independent writer-director Alex Ross Perry was hired to write and direct a live-action adaption of the Winnie The Pooh book series created by A.A. Milne. The latest Disney property to be adapted to live-action alongside the likes of Beauty and the Beast and Mulan, Winnie The Pooh tells the wondrous stories of the creatures of the Hundred Acre Wood, a young boy named Christopher Robin, and his many adventures with his animal friends, one of which is a very hungry yellow bear.

All joking and April Fools proximity aside, I truly love Pooh Bear and have my whole life so this will be for young kids AND people like me. — Alex Ross Perry (@alexrossperry) April 2, 2015

Directing a handful of small-budget projects such as 2011’s The Color Wheel and 2014’s Listen Up Philip, Perry’s version of Winnie The Pooh reportedly involves a significantly older Christopher Robin returning to the Hundred Acre Wood years after growing up, and will aim to appeal both towards children and the adults who grew up with Winnie the Pooh.

What do you guys think? Are you excited to see Pooh Bear once again on the big screen? Do you think it should be live-action, or should Disney just stick with producing the animated films? Chime in on your thoughts below.