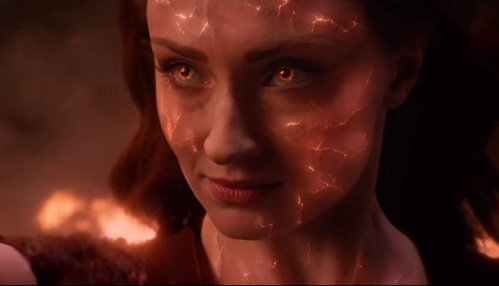 Dark Phoenix represents a fatigued franchise on its last legs, a whipped dog that’s gone on for way too long that desperately needs to be put out of its misery. Well, if you need to administer euthanasia, let me be the first to volunteer. If there was ever a case to make in favor of the Disney-Fox merger, Dark Phoenix would be the main arguing point.

In this thankfully final installment of the rebooted X-Men series, Dark Phoenix follows the X-Men, now highly popular celebrity figures, as they venture out onto a space mission to save a stranded NASA crew after being struck by a solar flare. After Jean Grey (Sophie Turner), Nightcrawler (Kodi-Smitt McPhee), and Quicksilver (Evan Peters) make their way to the shuttle to rescue the astronauts, Jean gets left behind and absorbs the full impact of the blast. Miraculously, she survives, though not without some monstrous side effects.

You see, the solar flare Jean absorbed was not a solar flare at all: it was an ancient entity known as the Phoenix, a powerful consciousness that contains vast cosmic abilities. Now possessed by the Phoenix force, Jean has to resist its temptations and rescue her friends from herself, before she loses control and kills everything she has ever loved.

If this plot feels like a retread, that’s because it is. Dark Phoenix was first adapted to the big screen in 2006’s The Last Stand, where Famke Janssen’s Jean Grey lashed out at everyone human and mutant alike with her psychic abilities. That film was lambasted all around, with critics disliking its heavier emphasis on action and visual effects while fans hated how flippantly the movie killed off some of its series mainstays.

I am one of the relative few that enjoyed X-Men: The Last Stand, mostly for the social-political questions it imposed and how significantly it racked up the stakes from previous installments. However, even I must admit that the Phoenix side plot took an obvious backseat to the rest of the film’s main storyline. Fox could have easily split both of the movie’s premises in half, devote more time to both subjects, and make two fantastic movies from it. Instead, they crammed both storylines into one movie and halved both of the experiences for us. Frustrating for passionate fans of the franchise, but it didn’t compromise the overall experience for me.

Where do I begin? For one thing, the movie completely fails to follow through on the consistency of its own storyline. If you saw X-Men: Apocalypse, you will remember that the Phoenix force emerges from Jean at the end of the movie to defeat Apocalypse and save her friends. Yet here, it is explained to us that the Phoenix force possesses Jean after the space mission, several years after the events of Apocalypse. The really negligent part? Writer-director Simon Kinberg was responsible for writing both movies. How does he miss a Juggernaut-sized plot hole that large and fail to correct it, especially when it’s in his own screenplay?

But it’s not just Kinberg’s writing that is completely lackluster; his direction is equally as sloppy and misguided. Take for instance the X-Men’s space mission, where they’re roaming around in zero-gravity on the shuttle despite having no space suits or helmets on. What, do mutants not need oxygen to survive? Did I miss that lesson in Mutants 101? The production design itself is also surprisingly lazy, with the costumes and the makeup on Jennifer Lawrence’s Mystique so clearly lacking the detail that she looks more like a cosplayer than an X-Man. And one scene between Jean Grey and James McCoy’s Professor X was downright laughable. She manipulated his legs to make him walk in what was supposed to be a terrifying demonstration of her new powers, but his posture was so clunky and awkward that I was wondering if he was auditioning to be Pinocchio for a live-action remake.

The movie’s saving grace lies in the performances, which are as poised and passionate as they have always been in the previous movies. That doesn’t change the ridiculousness of the plot they’re in, or how every line of dialogue is essentially copied and pasted from former and better movies. Mind you that other bad X-Men movies came before this one. X-Men Origins: Wolverine was just as silly and ridiculous, and X-Men: Apocalypse fumbled over its monotonous plot line too many times to count. But at least they tried to tell a coherent story. Dark Phoenix doesn’t even look like it’s making an effort to. It feels more like the writer, director and producers handed in the towel and just gave up, because Disney was going to take back ownership of its characters anyway. The X-Men deserve better treatment than that, even if they are being rebooted in the Marvel Cinematic Universe.

The really dumb part about all this is that Fox already had the perfect ending to its franchise in Logan, which felt like the last period of the last sentence of the last page of a fantastic journey you just went on. Dark Phoenix tacks on an awkward “but” at the end of that sentence for no reason other than to add words to the page, and it ends up tainting the entire franchise because of it. When Disney inevitably reboots the X-Men for the MCU, let them use this movie as a lesson for what not to do going forward. Dark Phoenix, meanwhile, deserves to stay buried beneath its own ashes.